The next addition to the church was the building of the present vestry: the minutes of a churchwardens' meeting held 9th April, 1822, recorded: "It was resolved .... That the vestry be built on the outside, in a suitable manner, that an iron chest be put in, and that it be filled up with everything requisite ...". In the angle between the tower and the outer wall of the north aisle there was the charnel house, called on an old plan the 'Bone House'. As the churchyard had then been extended there was no need for this gruesome building and it was demolished and the 'New Vestry' was built by Thomas Heaton, stonemason and builder, of Bank Street, Bolton, at a cost of £63 7s. 9d., in 1823. What appears to be evidence of the bone house remains over the stairs leading to the upper vestry. 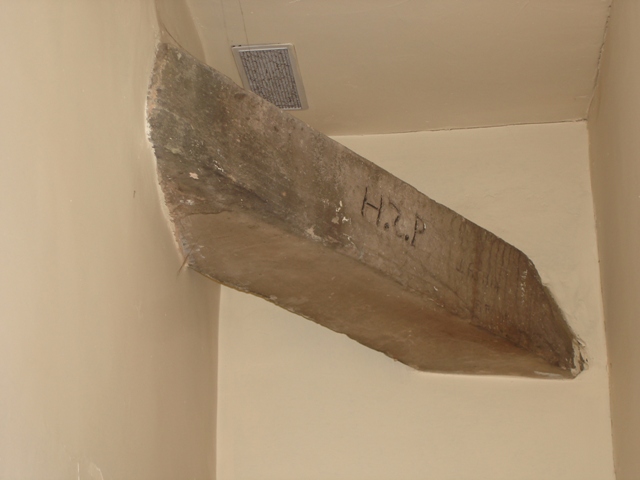